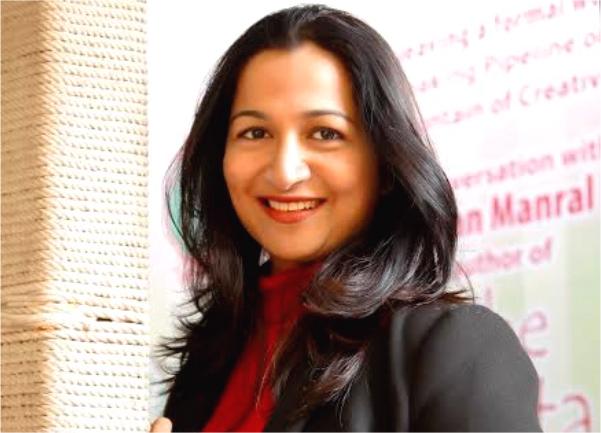 Kiran Manral was a journalist before she quit to be full time mommy. Her blogs, www.thirtysixandcounting.wordpress.com and www.karmickids.blogspot.com, are both in Labnol’s list of India’s top blogs and Karmickids is among the top 5 parenting blogs in India according to Blogadda. She was a Tehelka blogger columnist on gender issues. She is also considered a ‘social media star’ on twitter by the TOI and IBN Live named her as among the 30 interesting Indian women to follow on twitter and among the top 10 Indian moms to follow on twitter for 2013. Sheroes named her as among the top 20 women influencers from India on twitter in 2014. (http://sheroes.in/articles/must-follow-women-influencers-on-twitter/NDAw)
Post 26/11, she founded India Helps, a volunteer network to help disaster victims post 26/11 and has worked on long term rehabilitation of 26/11 Mumbai terror attack victims and 13/7 Mumbai bomb blast victims, amongst others.

She is part of the core founding team behind CSAAM (www.csaawarenessmonth.com) and Violence Against Women Awareness Month (www.vawawareness.wordpress.com), two very well received social media awareness initiatives across twitter and the blogosphere.
Her debut novel, The Reluctant Detective, was published by Westland in 2012 and her second novel Once Upon A Crush, was published by Leadstart in May 2014.
She was awarded the Women Achievers award by Young Environmentalists Group in 2013.